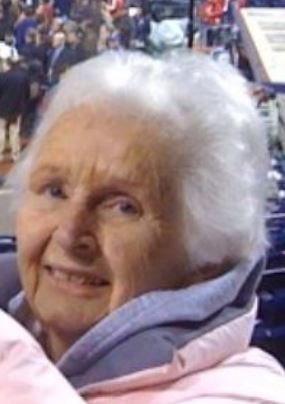 She was born in Highland Park, Michigan (Detroit area) on March 22, 1927, the daughter of the late Uhl and Madge (Brayton) Utley.

Joann graduated from Redford High School in Detroit in 1945 where she was active in the band, orchestra, banquet orchestra, and the National Honor Society.

Joann attended the University of Michigan and received a Bachelor of Music degree in 1949 and was a member of the University Choir and Mu Phi Epsilon, a national honorary music fraternity.  She taught in public schools for two years, gave private piano lessons, and started and directed children's choirs in two churches.

Joann married Stuart Marshall Reed on July 2, 1949, and they raised their family primarily in southeastern Michigan (with stints in Indiana and Wisconsin).  They later resided in Devon, Pennsylvania (1978-1990) retired to Longboat Key, Florida (1990-2006); and then moved back to Audubon, Pennsylvania at Shannondell at Valley Forge (2006-2020).

Joann’s passions included volunteering at Devereaux Advanced Behavioral Health (Devon, PA) working with all ages in the space of autism spectrum and other physical, emotional, intellectual challenges. She also loved church music programs. She served in the music choir and handbells at Wayne Presbyterian Church, at Sarasota’s First Presbyterian Church, at Birmingham’s (Michigan) First Presbyterian Church, and in the clubs at Shannondell. Another passion was wildlife rescue, rehabilitation, and care. Joann volunteered on dolphin, whale, and manatee rescue teams working in rehabilitation tanks at Mote Marine Laboratories in Sarasota, and also walked the beaches at night as a turtle patrol volunteer in an extensive Mote Marine program protecting the nests of Florida's many sea turtles.

The last several years in Pennsylvania were highlighted by friends and family dinnertime banter and raillery, with moments of quietly doing needlepoint -- more often than not on a couch overloaded with family rescue dogs, and simply enjoying time on a porch overseeing horses needing senior care, and rescue domesticated pigs needing senior care at her daughter Barb’s homestead in Green Lane.

Due to present public health concerns, a memorial service will be announced at a later date.

In lieu of flowers the family would like friends to consider a memorial contribution to: Devereux Advanced Behavioral Health Pennsylvania https://www.devereux.org/ or to Last Chance Ranch, a Pennsylvania based non-profit animal rescue group http://www.lastchanceranch.org/donate/

Share Your Memory of
Joann
Upload Your Memory View All Memories
Be the first to upload a memory!